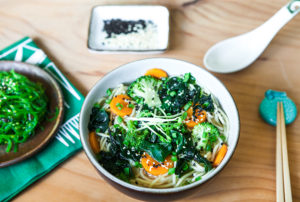 This is one my of favourites healthy options for lunch. Green vegetables are nutritional powerhouses filled with vitamins, minerals, and phytonutrients. They are rich in chlorophyll, which alkalinizes the blood, and fiber, which keeps the colon healthy.

It has been over a century since umami was discovered in Japan, but umami is just now attracting global attention, primarily from chefs and others with a strong interest in food.

Umami is the fifth taste, joining sweet, sour, salty and bitter. These are unique tastes that cannot be created by mixing other tastes and are known as the basic, or primary tastes. Umami is a general term used mainly for substances combining the amino acid glutamate, and/or the nucleotides inosinate and guanylate, with minerals such as sodium and potassium.

In scientific terms, umami is defined as the taste of salts combining glutamate, inosinate or guanylate with the likes of sodium ions, such as monosodium glutamate, or potassium ions, but for the purposes of this pamphlet, except for sections requiring scientific precision, we describe umami as the taste of glutamate, inosinate, and guanylate. Salts of the amino acid aspartate and the nucleotide adenylate are also types of umami substance, weaker than glutamate. Succinic acid, which gives shellfish their distinctive taste, has also been identified as another possible umami substance. Glutamate is found in a variety of foods including meat, fish, and vegetables. Inosinate is found in generous quantities in animal-based foods such as meat and fish, while large amounts of guanylate can be found in dried mushroom products such as dried shiitake. Also known that the umami component of food increases as a result of processing such as ripening and fermentation. More information about Umami-rich foods you can find here.

Below, you will find a small guide about ingredients and Umami-rich foods used in this recipe. 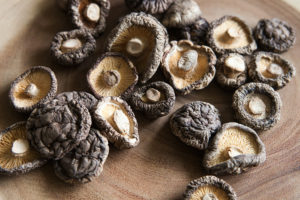 The most widely known of all the oriental mushrooms. Shiitake are quite mild when bought fresh, but drying concentrates their flavour. They have a firm, meaty texture that becomes slippery when cooked.

Dried shiitake mushrooms actually have a deeper flavor than fresh. This makes them an important ingredient for soups and sauces in Chinese and Japanese cuisine. Dried shiitakes require soaking before you can use them. Don’t waste that liquid — use it in the place of vegetarian stock. Shiitake stock is a vegetarian dashi in Japanese cooking. Dashi is a Japanese stock or broth, and it is a fundamental ingredient in many Japanese dishes. 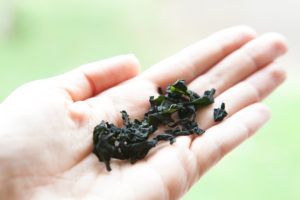 Wakame seaweed is one of the healthiest Japanese foods due to being rich in vitamins, minerals and even a compound called fucoxanthin which has shown to help burn fatty tissue. In Japan, eating wakame is often considered one of the best ways to get a smooth complexion and soft, luxurious hair. Wakame dried seaweed used for salad, vinegar dishes, miso soup, ramen and endless counts of the combination. Dried wakame is easy to use – simply add cold or hot water and wait a few minutes. Drain well and add to soups and salads. I`m so lazy for soaking and just sprinkle wakame over ramen soup before serving. 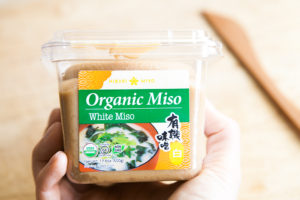 Miso is a traditional Japanese seasoning produced by fermenting soybeans with salt and koji (the fungus Aspergillus oryzae) and sometimes rice, barley, or other ingredients. The result is a thick paste used for sauces and spreads, pickling vegetables or meats, and mixing with dashi soup stock to serve as miso soup, a Japanese culinary staple. High in protein and rich in vitamins and minerals, miso played an important nutritional role in feudal Japan. Miso is still widely used in Japan, both in traditional and modern cooking, and has been gaining worldwide interest.

Typically, miso is salty, but its flavor and aroma depend on various factors in the ingredients and the fermentation process. Different varieties of miso have been described as salty, sweet, earthy, fruity, and savory.

White miso is made from soybeans that have been fermented with a large percentage of rice. The actual resulting color can range from white to light beige, and the miso has a definite sweet taste.

Have you already tried Miso-Glazed Eggplant with Tahini sauce from Crazy Cucumber? 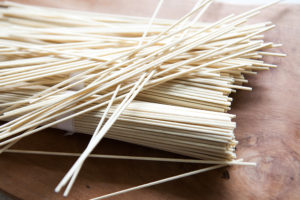 Ramen is a very popular noodle in Japan. Ramen noodles are originally Chinese style noodles, but it’s been changed and improved over the years. Ramen noodles are made with wheat flour, and get their yellow color and distinctly firm texture from the addition of kansui (Japanese alkaline water).

It is not easy to find fresh ramen noodles and I used dried noodle from the Japanese supermarket. 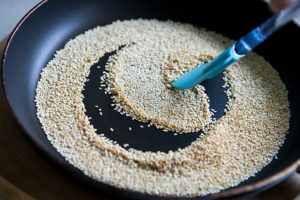 Toasted sesame is one of the most popular flavours in Japan. I love that satisfying, nutty flavor. For toasted sesame seeds use a wide frying pan and stovetop. Heat the sesame seeds on medium heat, shaking the pan occasionally. Remove the seeds when they slightly darken and become fragrant. It takes me between 3 and 5 minutes.

Keep in an airtight container in a cool, dry place for up to three months.

So, now you have a list with the ingredients for miso ramen, do not be shy to go to a nearby Japanese supermarket. If you live in Auckland (NZ) I recommend you to visit Japan Mart first, this is my favorite. 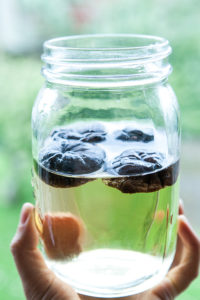 1.  Soak the mushrooms for dashi broth. Place the dried shiitake mushrooms in a jar and add cold water. Let the mushrooms soak overnight on the fridge. When the mushrooms are ready, squeeze out the excess water with your hands. Trim off and discard the tough stems and thinly slice the caps. Now they are ready to cook. Strain the broth using a sieve.

3. Put the broccoli florets and carrot into a steamer or colander set over a pan of boiling water. Cover with a lid and steam for 3-5 mins or until crisp-tender. Add spinach and cook for another minute. Squeeze the spinach and remove excess of liquid. Cut steamed spinach into strips.

I like to use the steam method for vegetables. Steaming is not only one of the healthiest methods of preparing food, but it is also a special way of preparing it which allows the steamed products to keep their shape, color, taste and juice.

If you do not have a steamer, blanching method is also working good here. 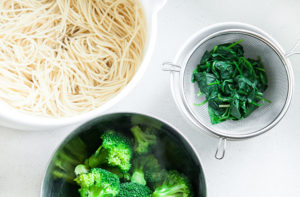 4. To prepare the broth, in a saucepan over medium bring to a boil the dashi stock (shiitake water), add thinly sliced shiitake mushrooms, simmer for about 5 minutes. Turn off the heat. 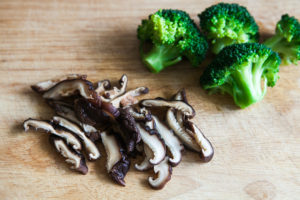 Then add the miso paste. But for a super-smooth soup that’s not dotted with lumps of miso, you have to evenly dissolve the miso into the dashi. Place a scoop of miso in the sieve, lower it into the stock, and then use the back of a spoon to push it through. Any bits of soybean left in the strainer can be stirred in for a bit of texture, or left out if you prefer extra-silky. 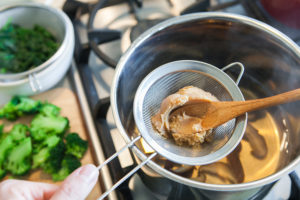 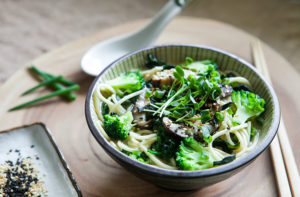 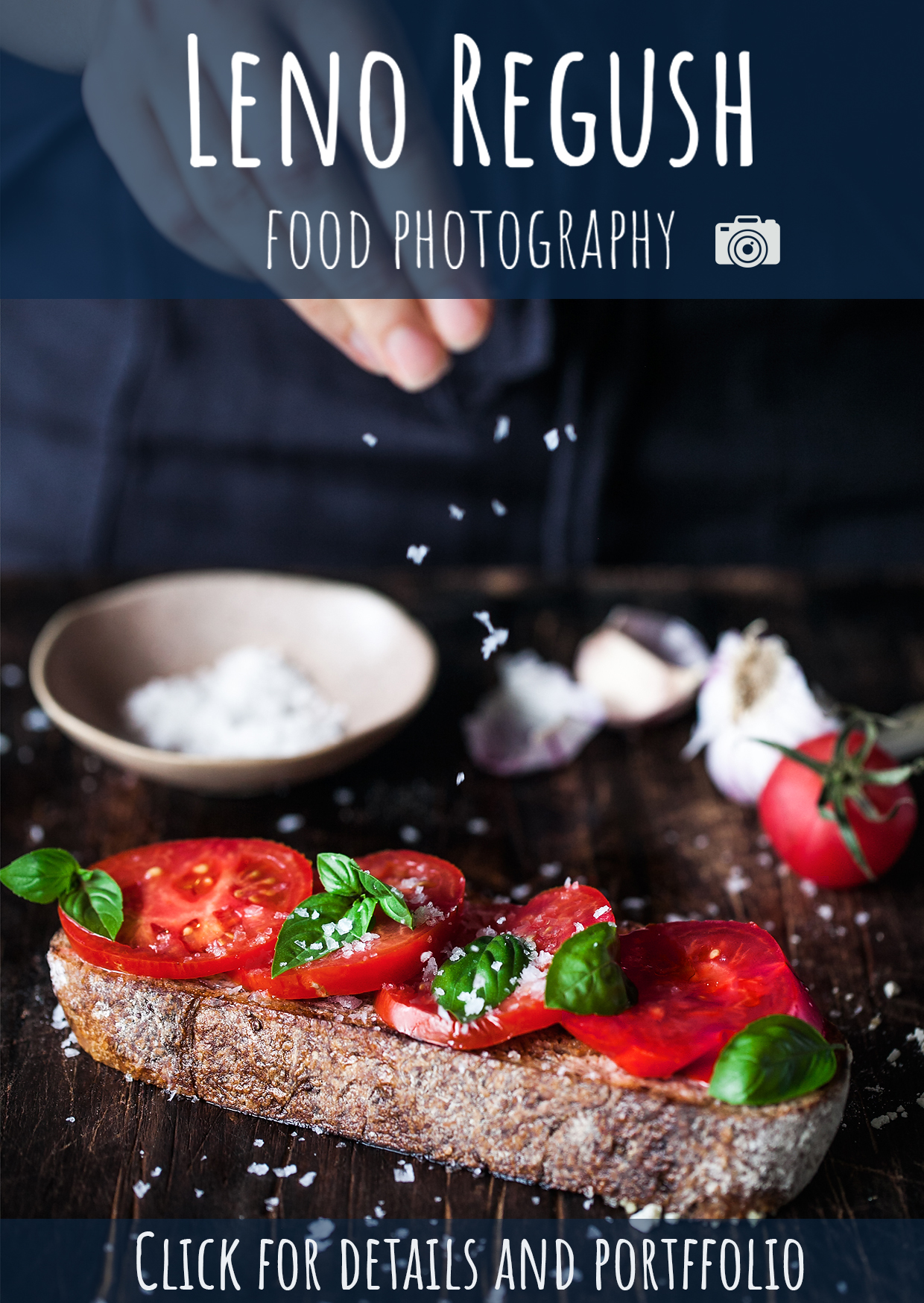 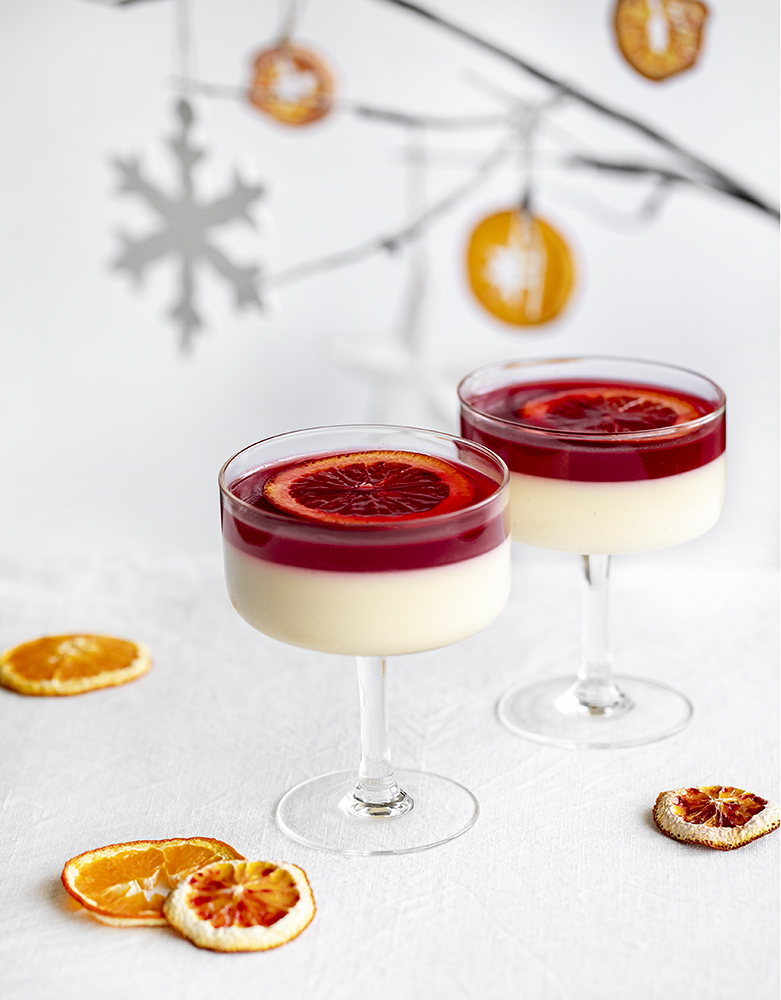